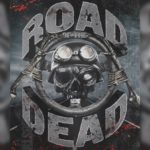 The Father of the Zombie movie has done it again. Although the joy of going to a zombie movie seems to have slowed down and movie themes are changing from this horror, a George Romero Zombie Movie is still a must see. A brand new take on the Zombies and their abilities to survive in their world within or without the humans is a fresh breath of air! This movie will be enjoyed by … END_OF_DOCUMENT_TOKEN_TO_BE_REPLACED 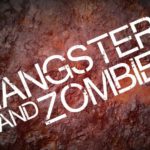 Gangsters and Zombies is a new zombie apocalypse film that depicts a small group of survivors trying to survive the threats of New York-style gangsters, bloodthirsty villains, and of course, zombies! The film not only includes the horror of a zombie apocalypse, but it also has its fair share of comedy. Fans of the hit TV show, The Walking Dead, will see a familiar face in … END_OF_DOCUMENT_TOKEN_TO_BE_REPLACED 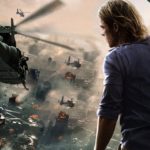 Director David Fincher is teaming up with Brad Pitt to film the World War Z sequel. The film's sequel was put on hold while Pitt took care of his well publicized personal problems as well as Pitt's ability to secure the right director. The deal isn't finalized yet but if things keep moving forward as expected the film should start production in the first quarter of … END_OF_DOCUMENT_TOKEN_TO_BE_REPLACED 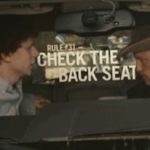 Zombieland, at least when looked at from the mainstream success it had, is one of the most successful zombie movies around. The movie is also pretty funny so you might not think there would be good lessons for surviving the zombie apocalypse in the movie. If you think that, you'd be wrong. The movie is actually a treasure trove of good tips for survival. The article linked to … END_OF_DOCUMENT_TOKEN_TO_BE_REPLACED

The Rezort is, in my opinion, a pretty unique zombie film. It takes place ten years after the initial zombie apocalypse, and after seven years of rebuilding, the world is pretty much the same as it is for us today. However, on a remote island is The Rezort, where people pay top dollar to live like kings and queens, and to hunt zombies in a controlled environment. As the CEO of … END_OF_DOCUMENT_TOKEN_TO_BE_REPLACED