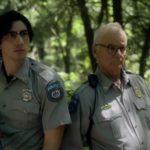 Releasing on June 14th, 2019, The Dead Don't Die from Jim Jarmusch is promising to be the greatest zombie cast ever disassembled! My initial reaction to seeing the cast and watching the movie trailer took me straight to Zombieland and I can't wait to check it out. The Official Trailer is great, cast members below! The notable cast includes the following. … END_OF_DOCUMENT_TOKEN_TO_BE_REPLACED 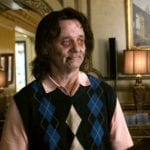 While I am not nearly as upset as the rest of the internet at Ed Sheeran's cameo on GOT last night, I was disappointed he wasn't a white walker or at the least killed somehow. I feel like being undead or brutally killed really brings the best out in celebrities, or at least makes it less annoying they are traipsing around my favorite fantasy world where they clearly don't … END_OF_DOCUMENT_TOKEN_TO_BE_REPLACED 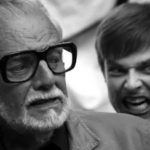 George A. Romero, long considered the founder of the zombie film genre, passed away yesterday from complications due to cancer.  If you're not familiar with George, read up about him here on his wikipedia page: https://en.wikipedia.org/wiki/George_A._Romero   … END_OF_DOCUMENT_TOKEN_TO_BE_REPLACED 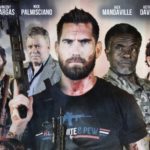 Many stories of wounded veterans are about enduring misery and overcoming challenges. This is not one of those stories. Here we meet a double-arm amputee with a sense of humor. Mary Dague and other wounded vets have taken what could be a sad situation and turned it around in their zombie action movie "Range 15". The movie is produced by a former US Army range turned YouTube … END_OF_DOCUMENT_TOKEN_TO_BE_REPLACED 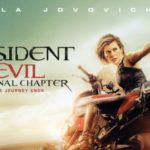 Resident Evil is laying their zombies to rest after fifteen years of making new movies. The recently released DVD and Blu-ray of "Resident Evil: The Final Chapter" will be the final one in the series. This last installment has been widely panned by critics but loved by loyal fans of the series. Which is about par for the course for these movies... none of the films were … END_OF_DOCUMENT_TOKEN_TO_BE_REPLACED