You are here: Home / Archives for Zombie TV Shows 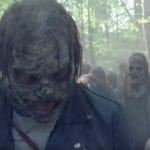 Negan is going full Whisperer in the back half of season 10 of The Walking Dead, donning a new "skin suit" in recent promos from AMC. There are a ton of theories making the rounds as to what exactly is going to happen between Alpha, Beta and Negan fun little love triangle during season 10.  One has Negan following the comic story lines and finishing off Alpha, while others … END_OF_DOCUMENT_TOKEN_TO_BE_REPLACED 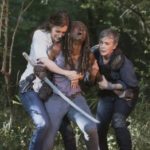 The Walking Dead universe is expanding again - with a third series set to premier in 2020 with 10 episodes. AMC says the new series “will feature two young female protagonists and focus on the first generation to come-of-age in the apocalypse as we know it. Some will become heroes. Some will become villains. In the end, all of them will be changed forever. Grown-up and … END_OF_DOCUMENT_TOKEN_TO_BE_REPLACED 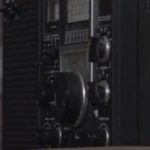 If you've watched the final episode of season 9 of The Walking Dead, you're undoubtedly wondering about the small cliff hanger at the end of the show. If you've not watched the finale yet - here's your warning - stop reading. Still here? As I said, it was a small one, basically, The King wraps up a conversation with Judith and walks away from the CB - then a static … END_OF_DOCUMENT_TOKEN_TO_BE_REPLACED 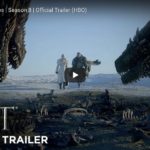 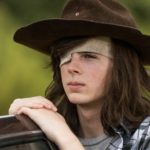 In a major departure from the graphic novel (comic) series, Carl Grimes has died in the TV version of the Walking Dead. We waited a week to report the news for those who DVR the series. AMC has be a hell of a lot more delicate about the departure of major characters from the show after the Negan brain bashing craziness caused major fan backlash in season 7. While upsetting, … END_OF_DOCUMENT_TOKEN_TO_BE_REPLACED