You are here: Home / Archives for Frank Darabont 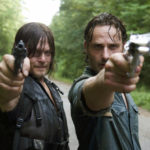 Frank Darabont, former The Walking Dead showrunner and executive producer of the hit AMC zombie apocalypse show The Walking Dead is in a "boiling rage" after being dumped from the program, according to Thrillist. Darabont allegedly sent an email to the staff stating "fuck you all" before filing a $280 million law suit. Darabont, a writer/director/producer most well known for … END_OF_DOCUMENT_TOKEN_TO_BE_REPLACED 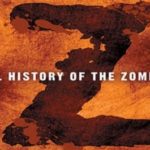 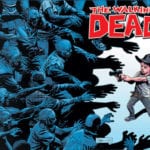 Walking Dead’s Frank Darabont Slates Recent Vampire Craze In a recent article on Digital Spy, the legendary writer, director and producer Frank Darabont, attacks vampires as being something for teenagers. He hopes that “seeing a zombie show as cool as this, seeing the gritty, scary part, will get rid of this teeny-bopper ‘kissing vampires’… … END_OF_DOCUMENT_TOKEN_TO_BE_REPLACED