You are here: Home / Featured / Why Game of Thrones is Really a Zombie Show

Game of Thrones is really a zombie show, and I am not just saying that because I really need to combine my love of GOT with my love of zombies.  It really is a show about Zombies. Don’t agree?

WHAT, do you call White Walkers then? Are they not, reanimated dead bodies? 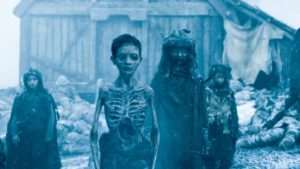 Just because they have glowing blue eyes and are obviously FROZEN, does not make then any less zombie like. Look at that rotting flesh and exposed bone! If Winter is Coming, Zombies are Coming. 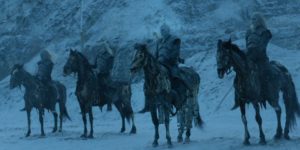 I don’t believe eating people is essential to defining a zombie. While most versions of zombies do, I think being a reanimated murderous corpse qualifies. And, in Game of Thrones, I get the feeling the murdering by reanimated corpses is just getting started.

Also, what’s an effective way to kill zombies? Well, as demonstrated in the Walking Dead, fire is a pretty good one: 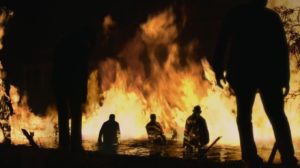 And Game of Thrones agrees: 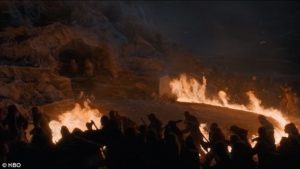 The name of the Game of Thrones series, “A Song of Ice and Fire” points to this battle between ice and fire, death and life. The two destroy each other, if Cersie doesn’t get there first.

The first six seasons of this show have distracted us with battles where people kill other people, but we are DEFINITELY building towards many more battles where White Walkers, AKA ZOMBIES, kill people. And I am SOOOOO excited.

Is Season 7 here yet? My hopes are really pinned on an ultimate battle where dragons kill a bunch of zombies, and zombies kill a bunch of people, and then, somehow, world order is restored.

If Winter is Here in Season 7, Zombies are Here. I warned you.