You are here: Home / Archives for Zombie User Videos 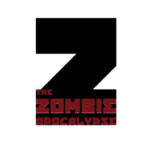 Zombie MMO Dead Frontier 3D Trailer   Yep that’s right, we’ve now released the 3D version of Dead Frontier for everyone to play! This version features a brand new multiplayer system (no more lobbies!), huge zombie hordes and a cast of special infected and bosses to battle. To get an idea of what the new 3D game is like, please take a look at our new … END_OF_DOCUMENT_TOKEN_TO_BE_REPLACED