You are here: Home / Archives for Game 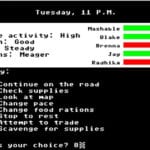 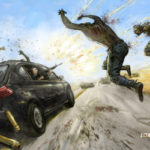 4 Frighteningly Fun Zombie iPhone Games!/via @Mashable Check Out The Inevitable Zombie Apocalypse Zombie iTunes Game Favorites!   Zombies have proven to be fantastic fodder for casual games — there’s no remorse for killing them as they’re already undead, and they’re generally slow enough that you have a chance to implode a few heads before they get too close to have your … END_OF_DOCUMENT_TOKEN_TO_BE_REPLACED 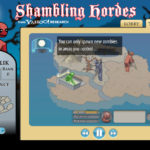 Shambling Hordes: Yahoo Launches Zombie Game Just in Time for HalloweenPlay the social game Shambling Hordes. /via @Mashable Yahoo’s latest endeavor is as seasonally appropriate as it is educational. The tech company has just rolled out a cool zombie-themed game that teaches the principles of economics. Called Shambling Hordes, this social game was developed by Yahoo Labs … END_OF_DOCUMENT_TOKEN_TO_BE_REPLACED

Zombie MMO Dead Frontier 3D Trailer   Yep that’s right, we’ve now released the 3D version of Dead Frontier for everyone to play! This version features a brand new multiplayer system (no more lobbies!), huge zombie hordes and a cast of special infected and bosses to battle. To get an idea of what the new 3D game is like, please take a look at our new … END_OF_DOCUMENT_TOKEN_TO_BE_REPLACED