You are here: Home / Archives for Photo 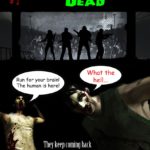 The radiation from a fallen satellite might have caused the recently deceased to rise from the grave and seek the living to use as food. This is the situation that a group of people penned up in an old farmhouse must deal with. It’s PARTY TIME!!! Original film/game(s): George A. Romero’s “Night of the Living Dead” (1968) and Mike Booth’s “Left 4 Dead” (2008). … END_OF_DOCUMENT_TOKEN_TO_BE_REPLACED 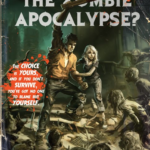 Can YOU Survive the Zombie Apocalypse? A Choose-Your-Own-Adventure Book for Adults by Max Brallier Amazon Link … END_OF_DOCUMENT_TOKEN_TO_BE_REPLACED 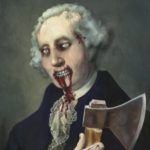