You are here: Home / Zombie News / The Night of the Dead: In Memory of George A. Romero 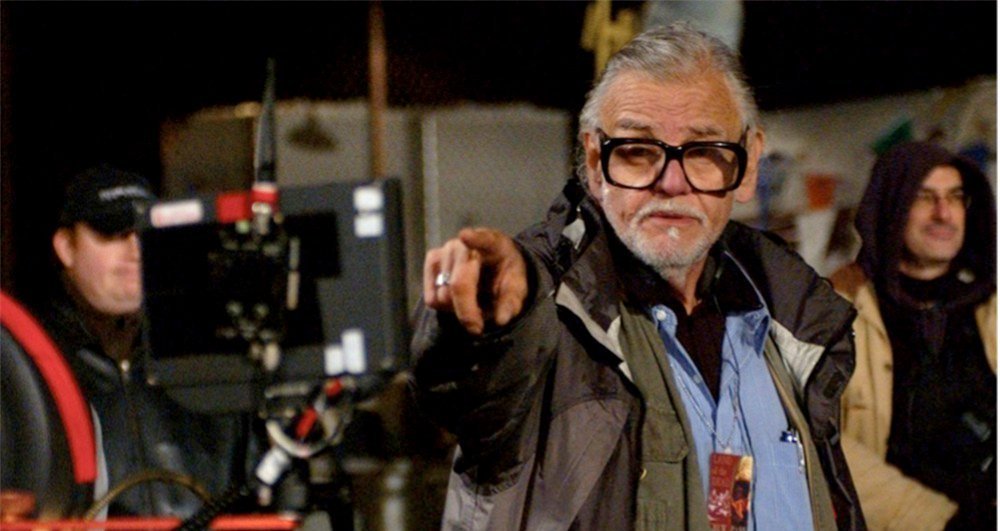 Last night, as I was about to go to sleep, a headline flashed across the Twitter. Unlike most of the useless nonsense that comes over my twitter feed, this one was of importance. George A. Romero, legendary director and founder of the modern Zombie genre, had died of lung cancer at the age of 77.

It’s pretty difficult to understate Romero’s importance on film making. One of the most prevalent tropes in modern horror films, video games and stories in the last forty years, which involves human survival after an inevitable zombie apocalypse, has its genesis, one way or another with him. There is an everlasting debate over “fast” or “slow” zombies. There are books about it (my favorites being Brooks’ World War Z and Drezner’s Theories of International Politics and Zombies.) There are famous TV shows about it, with AMC’s The Walking Dead probably being the best (and worst) example of telling human stories in a Zombie Apocalypse.

In all these examples and countless others, Romero’s influence is omnipresent. Romero did not invent the zombie, but before 1968, zombies were often under the control of some master hypnotist, and were used to commit heinous crimes. They were individuals, and did not pose a systemic threat to all of humanity. What Romero did was perfect the zombie, and changed the zombie from a singular being to a metaphor for social decay. His slow moving, dumb, single-minded zombies which can only be destroyed by destroying brains, were the archetype- all zombies afterward either conformed to his version, or were a reaction to his version.

His movies formed the basis of the actions of the surviving humans in that situation as well- people usually built fortresses in his movies, and so they did in all movies and games and books afterward. And people’s fortresses were almost always overcome after a time in his movies, and so were they in everything that followed. Usually it was the people themselves who did themselves in, because they couldn’t figure out how to get along with one another, both in Romero’s stories, as well as everyone else’s stories thereafter. Romero’s influence will be felt in every single story dealing with the subject going forward, and his zombies will be a stand-in for a multitude of social ills.

His movies themselves, on their faces, weren’t particularly good, I should note. Enjoyable, in many ways, but not what you would call “high art.” Not by any stretch of the imagination. They were unnecessarily gory. Having depictions of zombies actually dismembering people and then consuming them, on screen; digging into what was likely link sausage but what was supposed to be intestines, covered in red jello, which was supposed to be blood, and then going on about if for a few moments: that was really not necessary. Nor were zombies the only thing that Romero did- There were a bunch of things he worked on which only the true fans of George Romero have ever heard of. I, being not a fan so much as a person interested more in the idea itself, couldn’t tell you much of what Romero had his hands on, and into, during his long film making career.

But — the movies of his that I did see had a profound effect on my life.

The first time I saw “Dawn of the Dead”, I was a teenager. My comrades and I would hold overnight “bad movie” marathons. One such weekend, we watched 1978’s Dawn of the Dead (I was, of course the last to see it — the others knew it quite well.) I had lived a relatively sheltered life. I saw Indiana Jones and The Temple of Doom as a kid, in the theaters, about 50 times, and saw the guy’s heart getting ripped out of his chest, but for the most part, that was pretty tame compared to Dawn of the Dead.

For those of you who don’t know what this movie is about, here’s the synopsis: These folks from Philadelphia basically agree that they need to get out of the city. Civilian structures are falling apart, tenements are basically zombie production factories, and the cops are all deserting their posts. So they steal a helicopter and head out into the bucolic countryside. As they are flying, they realize that the apocalypse is much bigger than previously believed, so they land at a mall to get “supplies” and discover that they can make the mall into a fortress. They clear out the zombies and then just live there, as everything goes dark beyond the walls of their little kingdom. Eventually, they do themselves in, with the help of a gang bent on taking what they like, and have to flee. There are some funny scenes, mostly revolving around how dumb the zombies are, but by the end of the movie, it is revealed that the ones who are are still alive were the real idiots, trying to hold onto a dying world, and in the process sealing their own doom.

Nobody ever fares well in a Romero movie. Even if they escape- where do they escape to? Just more zombies, everywhere.

This movie is loaded with easily identifiable social commentary. It’s so obvious, but for the oblivious, its stated in the movie. One person asks why the zombies keep trying to get into the mall or keep wandering around the parking lot, aimlessly running into things and falling over small obstacles. And another character answers, “Some kind of instinct, memory — what they used to. This was an important place in their life.”

And sure enough, all you have to do is go to Wal Mart on any given afternoon and you can see it. In a zombie apocalypse, those same people would likely be doing exactly the same thing. And so would you. See — this is the irony, and what makes the movie a masterstroke of social commentary: The characters delivering the lines, reflecting on unreflecting zombies, were themselves seeking shelter in the mall, and eventually living a life of unimaginable material wealth, with money (they rob a mall bank, just because) clothes, jewelry, and whatever else they wanted, while a zombie apocalypse continued outside. They were the ones who CHOSE to live in the Mall — and this after all was the epitome of consumerist culture taken to its logical ends. The zombies were just there out of habit!

So when I watched this movie, at the dawn of my own political awakening, it seemed brilliant. It still seems so today. I was able to overlook a lot of the gore (not so much in the 1985’s Day of the Dead, but that movie’s commentary was a bit more subtle.) The one classic “Dead” movie that I did not see until I was older was the tamest of the bunch, 1968’s “The Night of the Living Dead.” Tamest in terms of gore, most heavy hitting in terms of social commentary.

Night of the Living Dead was a similar scenario, taking place in a farm house. The protagonists of the story confiscate a home from some Pennsylvania farmers as zombies are attacking. They fight with one another, and their intergroup bickering and backstabbing is only periodically interrupted by a zombie getting one of them. But throughout the movie, a more pernicious disease than the zombism itself is brewing inside the house. The Night of the Living Dead has the distinction of being the first major movie where the main actor of the movie, Duane Jones, is black, but his character is not necessarily “black.” 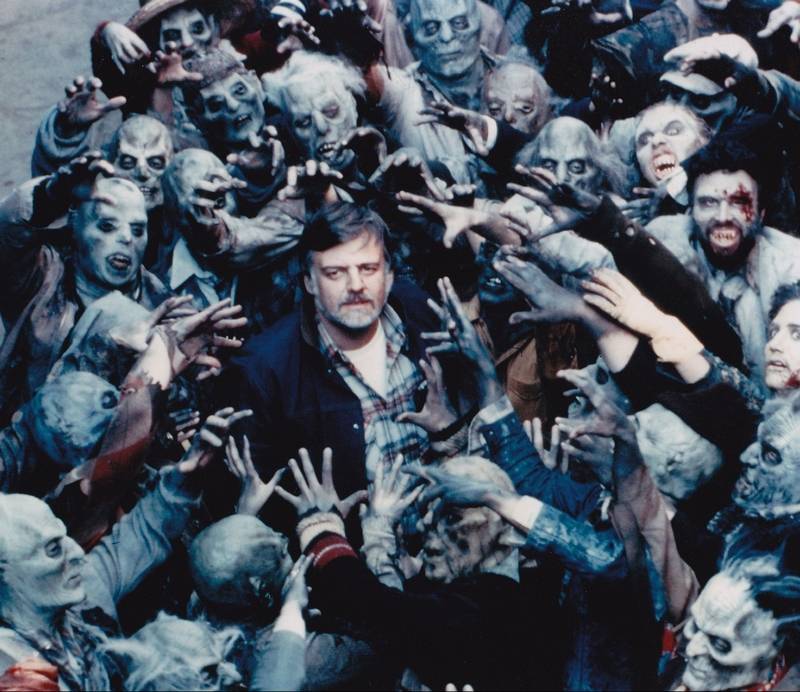 That in and of itself was a revolution in storytelling in film, because, before Night of the Living Dead, black characters most often served to fit white audiences’ stereotypes, and black actors rarely got hired to play three dimensional characters. The characters in Night of the Living Dead still treat Ben like s — t, even though he had the best ideas and has his head together — But Romero made it clear: Their racism was their problem, and their treatment of Ben was unjust. At the end of the movie, having survived the night and being met by the all White National Guard who came along, ostensibly to rescue the “survivors”, it is Ben who is shot dead. The movie serves as a commentary on the ubiquitous racism in American society, even in the era of civil rights.

This type of social commentary was deliberately included in these films by Romero, who insisted that though the zombies were involved in morally repulsive behavior, that of cannibalism, it was really the humans who treated one other inhumanely. According to Romero, as published in NPR’s obit on him last night, “The Zombies did not have a hidden agenda.” It was the people who were monsters to one another.

Understanding his movies in this light, and believing that the “zombie” is a metaphor for any unstoppable force which we are incapable of dealing with, and which will inevitably overwhelm us all, makes his movies so much more frightening, and therefore so much better. The idea is to get us, the viewer, not necessarily to plan what we will do when this force eventually does arrive, but to get us to treat one another better before that apocalypse happens. The movies are meant to demonstrate what will happen when we are eventually overwhelmed, as we will be, by social, political and economic forces which are entirely outside of our control, and have lived complaisantly up until that point.

We should take a lesson from that, and try to improve our society while we still can. It may not be corpses rising from the dead that eventually take us out — but you could easily make the argument that environmental destruction is the zombie stalking us today, at the same time as we are being chased from another direction by the zombie of hatred and fear of people who do not look like us, as we are being exhausted by the third zombie of economic exploitation and inequality which most of us seem to simply just accept as the normal way of doing things, but which leads to our early demise as certainly as a zombie bite.

Unlike Romero’s zombies, each of these structures have people who benefit from the destruction and division of humanity. We can easily identify those individuals. And we still have time to do something about it. I think this was the message of Romero’s movies. And it is one that we can still learn, even if he is now among the Dead himself.