You are here: Home / Archives for disaster 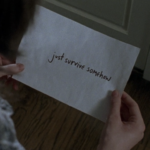 If you're serious about preparing for the Zombie Apocalypse, you may want to think of relocating yourself to the great midwestern state of Illinois. Illinois lawmakers have recently declared that October 2017 will be the inaugural  "Zombie Preparedness Month". While this issue was originally brought up as a lighthearted plan, lawmakers and citizens quickly began to realize … END_OF_DOCUMENT_TOKEN_TO_BE_REPLACED