You are here: Home / Reviews / Top 20 Zombie Movies of all Time

Top 20 Zombie Movies of all Time 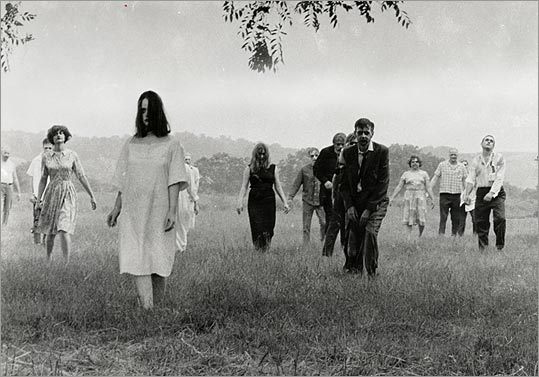 As George A. Romero (right) gets set for the US theatrical release of his latest zombie movie, “Survival of the Dead,” we here at Boston.com are counting down the best zombie movies – and by “zombie movies” we mean the films that deal with the dead returning to life, with only a few of notable exceptions. As such, we’re not counting movies about demonic possession (“Evil Dead” franchise), vampire-like creatures (“Omega Man”/“I Am Legend”), or doctor-aided resurrections (“Frankenstein”/ “Re-Animator”).

But if you’ve ever wanted to know where a zombie’s love for brains came from, who wins a fight between a zombie and a shark, and a better use for your lawnmower, then check out the following films.